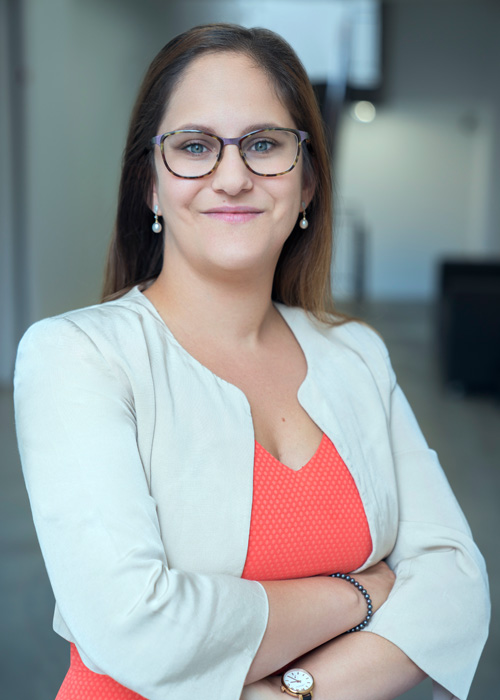 Naomi Glibert graduated from KU Leuven in 2008 as Master of Laws. In the same year, she started working as a teaching assistant at the Institute for Commercial and Insurance Law (currently Institute of Commercial and Insolvency Law) of the KU Leuven, where she is still carrying out scientific research on a voluntary basis and gives tutorials on post-acquisition disputes. In 2009, Naomi completed a post-graduate degree receiver/liquidator. In the same year, she also obtained a Master’s degree in Corporate Law at the KU Leuven, Brussels Campus.

Naomi started her career as a lawyer in 2009 at the Brussels law firm Philippe & Partner, before joining at the end of 2012 Buyle Legal. She specialized in banking, financial and corporate law. She also gained extensive experience in commercial and corporate dispute settlement, including shareholders disputes and disputes regarding director liabilities. The last years, she acquired a particular expertise on execution and seizure procedures.